Colon and Rectal Surgery of Manhattan, P.C. Our Services Rectum 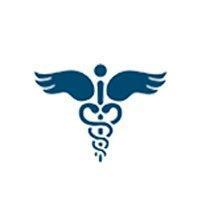 Many conditions can affect the rectum and the overall health of an individual. For accurate diagnosis and treatment, visit Colon and Rectal Surgery of Manhattan. Here, our doctors can help New York City, NY patients by alleviating symptoms and offering advanced care from our Murray Hill office.

What is the rectum?

The rectum is the last portion of the large intestine which joins the colon to the anus. It stores fecal matter made in the colon until the body is ready for a bowel movement.

How does it work?

Bowel movements are the final part of digestion and normally occurs a few times a day to few times per week. The filling of waste products into the rectum puts pressure on the walls, stretching them and stimulating the stretch receptors. This signals the need for a bowel movement. If delayed, it can cause the waste matter in the rectum to become hard as fluids are absorbed. This can lead to constipation.

What conditions affect the rectum?

The rectum can be affected by a number of conditions. Some are more serious than others. They can also occur at any age. Common rectal conditions are rectal injuries, rectal swelling, rectal prolapse, rectal cancer, and the following:

Our practice accepts most major insurance plans and most of the smaller insurance plans. If we do not participate with your insurance and your plan allows out of network benefits, our office staff will assist you with the necessary paperwork so you can receive reimbursement directly from your insurance company. If you do not see your insurance listed below, please call the office to speak with one of our knowledgeable staff members about your individual coverage.